Analyzing the benefits and drawbacks of the new Revolution TV contract

As we enter the middle of the New England Revolution's season, the Major League Soccer franchise is in the fourth month of their new television contract.  The new deal with CBS Boston brings all regionally produced Revolution games to CBS Boston's broadcast and digital properties.  In a deal that feels very 2021, with so much of entertainment heading to streaming, is the Revs' new deal positive or negative for the franchise's brand? 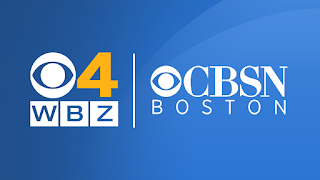 To most people, this new deal that allows the games to be both televised and streamed sounds like a perfect one, one with zero negative outcomes.  And while nearly four months in this deal does in fact feel like a very positive one, there is one key issue that this deal causes: leaving NBS Sports Boston.

The Loss of NBC Sports Boston

This is no small side affect.  NBC Sports Boston has a massive cable and online presence, where viewers can watch on nearly all cable companies in basically every New England city or town.  NBC Sports Boston also has their own app that streams games live, as well as being featured in the NBC Sports app, which allows fans to watch games on smart phones and smart TVs.  All in all, the loss of the Revolution's presence on NBC Sports Boston is one that cannot be measured, as it almost unquestionably will hurt the franchise with so many sports fans no longer seeing the Revs on these platforms.

On the flip side, the new deal with CBS Boston does allow for streaming capabilities for all games this season.  As sports, television and radio/audio all seem seem to be heading the direction of streaming, or are already there for the most part, this new deal does appear to be very beneficial for the Revolution and the Kraft Group.

The Streaming Revolution (No Pun Intended)

It is no secret that the Kraft Group has always had a great relationship with CBS and CBS Boston, but this deal goes much further than that.  The deal allows for not just live broadcasts throughout many New England states, but it allows for all games to be streamed live and featured on CBS Boston's digital properties.

Beginning with streaming, all Revolution games this season will be streamed live on ESPN+.  The subscription service is available on the ESPN app.  Games on ESPN+ will be blacked out in the Boston/Manchester market and in Rhode Island, but those fans can watch live on myTV38 or myRITV.  This allows any fans in New England or worldwide who cannot watch the Revs locally on television, the opportunity to stream live on their TVs or phones with the ESPN app.

The Digital Reach of CBS Boston

The new Revolution deal also allows games to be streamed across CBS Boston's digital properties on CBSN Boston, a network that can be streamed on PlutoTV and CBSBoston.com.  So yes, by now it is obvious, and maybe a little exhausting, but the key word here is streaming.

Finally, although the theme of streaming may be the number one takeaway with this deal, one final part that should not be overlooked is that the first match of the season was aired on WBZ (Channel 4 Boston, Boston's CBS affiliate).  Additionally one other key match will be aired on WBZ, giving the Revolution a large viewing presence in the Boston market.

When all is accounted for, this deal does appear to have impacted the Revolution positively.  The new deal with CBS Boston allows for all games to be accessed through streaming and digital platforms, something that will undoubtedly be important to keep the franchise up to date with technology and the viewing habits of fans.  As the way viewers watch sports changes, the focus of the teams must change along with them.