With the 2019 soccer season upon us for multiple leagues, the strength of minor league soccer is tremendously benefiting clubs across the country, including our own Major League Soccer franchise in Foxborough.

The New England Revolution are the highest level of soccer in New England as part of the so-called American soccer pyramid, but fortunately for soccer in the region, there are plenty more teams that help create a true minor league system for development for the Revs and all MLS clubs throughout the country.

After the 2017 season, the United States Soccer Federation, more commonly referred to as U.S. Soccer, lowered the NASL's status from the only Division II league to the only Division III league.  The NASL did not return for a 2018 season, and is currently on hiatus. 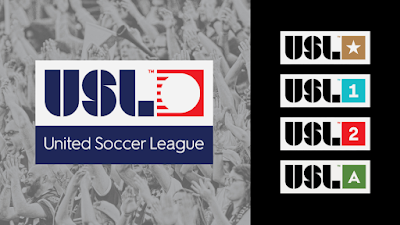 The changing landscape may not have been good for the NASL, but for several clubs in New England, the changes have helped shape the soccer structure both in the region and nationally.

The 2019 season brings both a new name for the league, and an expansion team for USL Championship to Hartford, allowing New England to have a U.S. Soccer-sanctioned Division II league franchise for the first time since the Connecticut Wolves in 2001, which left the then-named A-League that year.  The USL has changed many of their leagues multiple times, changing the A-League to the USL First Division in 2005, then to USL Pro in 2011, to USL in 2017 and now USL Championship in 2019.


The Growth of Soccer in New England

With seven franchises throughout the various USL leagues, New England is one of the higher-represented regions, which really speaks to the state of soccer throughout New England.  With so many minor league teams in the region, fans are able to see live, professional and semi-pro soccer up close and in their local communities, greatly benefiting the Revolution.  While some areas in New England may be far from Foxborough, not allowing fans to go to as many Revs games as they would like, having USL teams throughout the region truly allows soccer fans to engage with the sport.  The more engagement fans have, the better chance they will stay a fan, and become an even stronger supporter of the sport.

With the current state of both MLS and the USL very strong, the Revolution are in a great position to use this rich soccer environment in New England to grow their fan base, and rise up in the rankings of the crowded and competitive New England sports scene.