Why the NFL Should Make the Patriots' London Trip Permanent 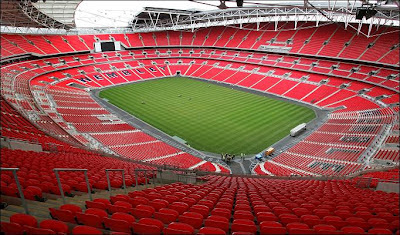 Even if every ownership group in the National Football League disagreed with having the Patriots become a permanent visiting team to London, you can't argue with the fan base New England has across the pond.  Just visit UKPatriots.com, and see for yourself.

The Patriots certainly have a strong following in New England and all around the United States, but across the pond, the Boston-London connection has transitioned to american football.  If you think the Liverpool soccer match at Fenway later this summer will be loud, wait until the Patriots travel to a sold-out Wembley Stadium with over 90,000 fans.  And you can bet the vast majority will be for the Patriots.

It is not only in the Patriots' best interest, but the entire league, that a strong fan base is awarded a chance to see the team they so passionately support.  And even if certain fans in England do not have a specific NFL team to root for, establishing a connection to one team each year will increase their chance of following the league passionately.

For travel purposes, the Patriots make an excellent candidate to visit London over other franchises.  Not to mention they have an ownership group that understands the importance of international outreach.  The Krafts want to do much more than just sell merchandise.  They want to continue a following that has maintained their support for many years, creating an international fan base many franchises do not have.