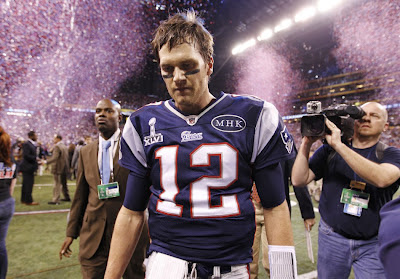 Many have speculated if Sunday’s Super Bowl XLVI loss to the New York Giants has changed the legacy of Bill Belichick, Tom Brady and the New England Patriots.  Any way you look at it, this is simply not true.

The franchise will continue to be looked at as a first-class organization in New England, as well as around the league.  As much as fans and media nationwide despise the success of the Patriots - the ownership, management and coaching staff are always praised upon.

The National Football League investigation referred to as “spygate” certainly hurt the Patriots’ image, but it did not destroy it.  This franchise continues to produce strong teams year after year, and in adverse circumstances.

As the Patriots continue to always be a factor in the NFL, their reputation as a successful and classy organization will continue.  Some comparisons being made to the Buffalo Bills are not even adequate, as the Patriots have consistently been considered a threat every year for most of the last ten years.

The respect for The Kraft family is what truly carries this franchise, as it should.  Their ability to lead this organization to the class that it has become has been an inspiration for the entire league.

The image of this franchise will remain unchanged from Sunday’s Super Bowl loss.   It still stands for everything it did over the past decade.  Sunday's game could have gone either way, and just being a "couple of plays short” doesn’t change the image of a dynasty still hungry for success.